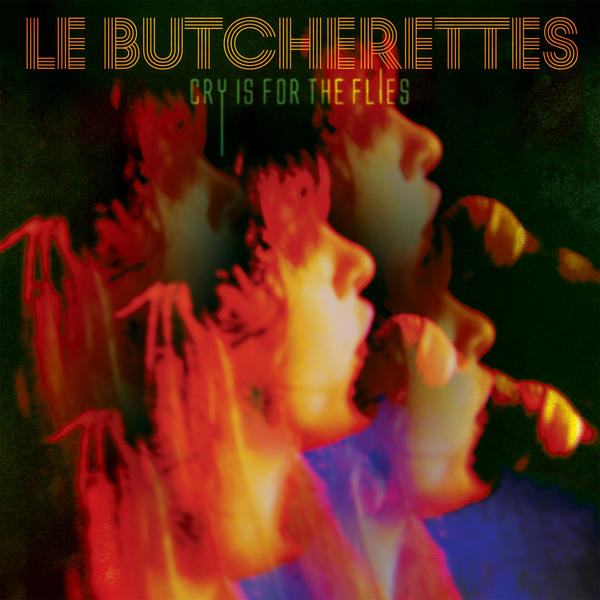 Le Butcherettes - "Cry Is For The Flies" 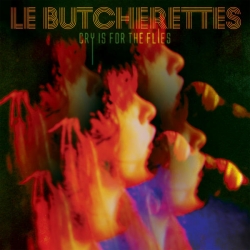 Le Butcherettes, fronted by the raw and riveting Teri Gender Bender, will release its sophomore album, “Cry Is For The Flies” on Ipecac Recordings/Nadie Sound September 30th.  Lisa Braswell keeps the beat on drums and Omar Rodriguez-Lopez (At The Drive-In, The Mars Volta, Kimono Kult) produced the album.  The garage-rock band made its mark with debut album “Sin Sin Sin” in 2011 and continues to push against cultural standards and stereotypes, both musically and thematically.

Teri Gender Bender formed Le Butcherettes in 2007 in Mexico and quickly gained accolades and notoriety for the band’s wild performances.  The buzz spread to the U.S., where Teri became immersed in L.A. music scene.  She joined forces with Omar Rodriguez-Lopez on bass and released “Sin Sin Sin” to much critical acclaim.  Teri’s uncompromising vision and fierce personality stamped that album and features again on “Cry Is For The Flies”.  She recruits the talents of Henry Rollins and Shirley Manson for a couple of numbers, but otherwise this is her show with able assists from Lisa and Omar.

While “Cry Is For The Flies” runs the gamut from intense and noisy to light and delicate, it mainly stays in an unsettled atmosphere of menace and tumult.  The album isn’t an easy listen and it isn’t meant to be.  It challenges the listener sonically with its, at times, unpalatable noise, sharp guitars, and lurching tempos.  Teri sings, sing-talks, and exclaims in a direct, mid-range tone.  On album opener “Burn the Scab” she bemoans that “I find it hard to articulate these words.”, but that’s far from the truth.

She fights against the oppressive instrumentation and set-in-stone ideas of society at every turn, shouting “Your weakness gives me life” on the tumultuous, same-named song and “I’m not crawling back in my cave” on “Boulders Love Over Layers Of Rock”.  She goes for a light touch on the pretty “Shame, You’re All I’ve Got”, which mixes piano notes, a tripping drum beat, and Shirley Manson’s placating vocals on the line “I’m not OK, but it’s alright”.

A couple of songs veer into pressing, repetitive instrumental and vocal motifs and a disorienting, dragged-out pace (“Poet From Nowhere” and “My Child” respectively), but most songs are garnished with interesting sonics, like the grimy, low-tuned, driving guitars on “The Gold Chair at the Fireman”, Teri’s flexible vocals and electronic tenor of “Boulders Love Over Layers Of Rock”, and the doubled vocals, wiry guitars, and drums ‘n’ cymbals clash of (Remember how) “Normal, You Were”. 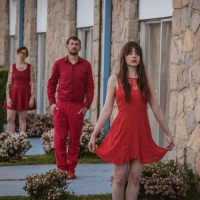