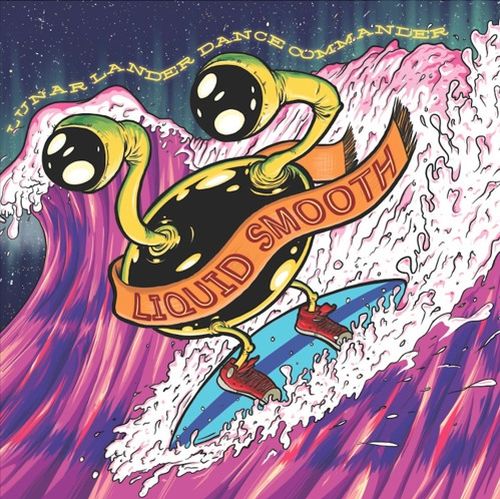 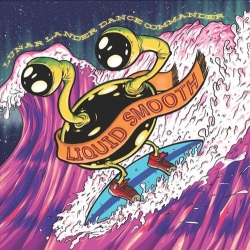 Lunar Lander Dance Commander originates from the Saskatchewan province in the western region of Canada, but their alternative rock sonics have a far reach.  Modern rock, ‘90s alt-rock, surf pop, indie folk, and dance music meld into a high-energy and melodic composite on the act’s songs.

EP-opener “Creeper” is an alt-rocker that moves with purpose and groove with Stephanie’s bold, Gwen Stefani-like vocals, jags of electric guitars, and an emphatic drum beat taking center stage.  Stephanie kicks the creeps to the curb with the direct lyrics, “Just leave me alone / Get out of my way.” amid the vivid cymbals shake and blazing guitar lines.

Funky “We Won’t Go” marches restlessly with a thumbed bass line, simmering synths, agitated percussion, and a swiftly thumped drum beat.  Stephanie sings in a lower, shadowy tone on the verses, then rises into bright exclamations on the chorus as she defiantly declares, “We are here to stay / no matter what they say.”

The band slows it down on the more reflective, violin strings-tinged “Free”.  Gentle washes of synths, cymbals shimmer, finger-picked acoustic guitar lines, and violin pulls circle around Stephanie’s sweetly ripe vocals as she sings in a higher register.  The song picks up the pace midway in, with Stephanie’s delicately sung, yet still strong tone runs through proclamations of, “The truth was always inside me.” and “I am free.”

Lunar Lander Dance Commander lives up to its wacky band name on the B-52’s-inspired “Open Your Eye” (You’re third eye, that is).  It’s a wild rhythmic piledriver that flails away with a galloping drum beat, whaled upon cymbals, electric guitar riffage, and Stephanie and a male vocalist (Donny or Chris) alternating super-charged exclamations like “Breathe in unison / Feel the vibrations.”

“Rooftop Renegade” adds an undercurrent of menace with its chugging, darker guitars and winding synth line, but the beat is totally up, along with the peppily sung and shouted lyrics, “Once we start we just can’t stop.”  Lunar Lander Dance Commander gets the party started instrumentally and vocally while adding a deeper layer with its incisive lyrics.