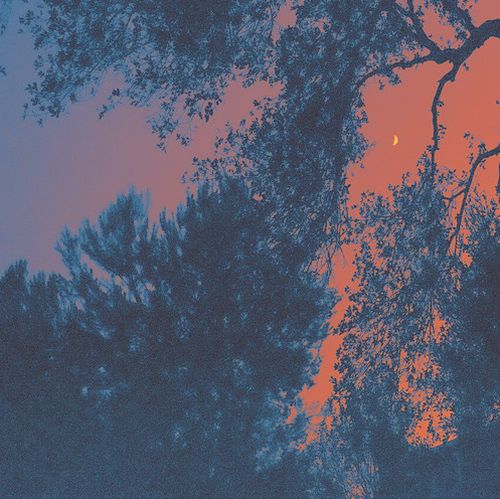 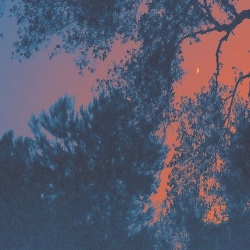 Young and upcoming SoCal garage/psych-rock trio Lunar Hand is led by Junior Reed (songwriter, vocalist) and is rounded out by Derulo Boulet on bass and Christian Ruth on drums.  The three were once known as Voltage Control, a high-energy pop-rock act that gigged in the San Diego area and eventually toured the West Coast.

After the extensive run of shows, the band members headed into the studio to record their first record.  From the time of their formation, they had absorbed various musical influences, including a strong psychedelic element, so Reed made a name change to Lunar Hand, which reflected the spacey, psych-tinged side of the band.

Lunar Hand’s new EP, Magic Hour, will materialize on September 15th via Desert Coast Records.  Lead single and EP opener “Smoke and Chandeliers” comes on with a heavy, yet rolling stomp.  Reed’s deep, crooning vocals billow out like thick smoke, curving into the steady groove of the instruments.  There’s a vintage patina to the song, starting from the ‘70s and going all the way back to the ‘50s, but there’s also a thrilling modern touch with the inclusion of a searing electric guitar line.  Reed is wrapped up with the subject of his obsession, confessing with heartfelt exclamations, “As soon as you’re gone / my feet hit the ground.”

An intro of what sounds like neighborhood sidewalk chatter kicks off “12th Ave Fright”, a rhythmic, soulful number that struts with a funky beat, thumbed bass line, wiry guitar lines, psych organ press, and dynamic percussion.  Reed’s vocals slide smooth as butter as he draws out his words with assured ease, coming across like an American Morrissey.

“Won’t You Come Along” is a more direct indie rock track, rife with restlessly pummeled drums and driving bass and guitar.  Like a collision between Queen of the Stone Age and Interpol, rhythmic tumult and bright angular guitars spark against each other, while Reed drapes his rich vocals over the kaleidoscope fireworks.  Things really get hot when the QOTSA-like guitars explode in the fore, before dying down and blending in with the rest of the instrumentation (which then get set alight again near song’s end).

Trippy, fluid and echoed bass and guitars swirl through “Sand Song” which is pushed forward my emphatically struck drums.  The buzzing bass burn and organ anchors the low end, while waves of reverb guitar rise up to the sky, all accented by a drum chug and the continual jingle of tambourine.  Reed exclaims with fervor “Don’t look back now / but it’s on the rails / You better throw more coal in / They’re on your tail…” through the thick sonic fog.

Bass-propelled “Desert Road” gets its ‘70s groove on with a flat-smacked drum beat, fiery strikes of reverb guitar, and Reed’s high-in-the-sky intro vocals.  He questions, “Livin’ on the desert road / Was it what you’re looking for?”  Lunar Hand’s Magic Hour EP is like an oasis amid the desert, a refreshing and engaging record that incorporates psychedelic, space, garage, and indie rock into its modern interpretation of classic rock.