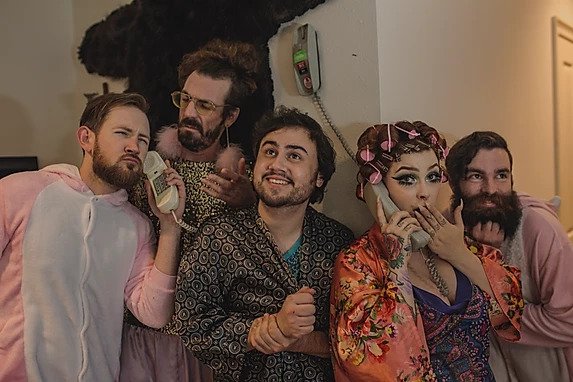 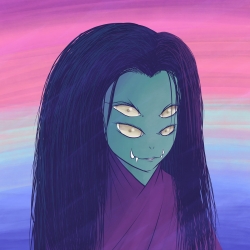 Hososhi was already a superb EP, so Hososhi Redux is inherently a better offering.

Although they’ve only released two EPs so far (2015’s Vices and 2018’s Hososhi), Southern ensemble Mangata—vocalist Hannah Gilley, bassist Zack Guidry, drummer Jason Daniels, and guitarists Ryan LaFleur and Gabe McCassey—have already proven to be quite a fun, skilled, and eclectic ensemble. Aptly defining their style as prog-pop, they vow to “spread the Lollipop Gospel across the nation” by combining genres like jazz, post-rock, and indie—as well as influences such as Circa Survive, Explosions in the Sky, Hiatus Kaiyote, and Thank You Scientist—into an thrilling sound you never forget. That direction hasn’t steered them wrong yet, and it remains just as wonderful on Hososhi Redux. It’s an expanded version of their sophomore collection that adds a new song that serves as “an introduction to the next era of the band, and eventually, their next full-length album.” Clearly, it only makes the EP stronger, so if you’ve yet to discover Mangata, this is the perfect place to start.

Speaking of that latest tune—“One Lonely Seahorse”—it opens Hososhi Redux in spectacular fashion. Dreamily extended guitar notes convey an air of sorrow and loss before an influx of 1980s-esque riffs and percussion liven things up. As always, Gilley sings with seductive smokiness and rebellious angst that, alongside the erratic yet accessible arrangement, evokes Bent Knee, Björk, and mid-90s No Doubt. There’s a faint ska/funk vibe to it, too, that contrasts well with the deceptive trickiness of its evolution.  It’s definitely a fitting inclusion that, true to its purpose, also foreshadows where Mangata may go next.

Afterward, “Pettifogger” is all-around lighter, faster, and more playful—like a mix of Sublime and Eisley—whereas “Hi Lvl Talk” storms in with battle-ready drums and endearing multilayered verses. There’s an adolescent sense of freedom and hope here that’s quite charming. Near the end, “Thew the Belladonna”—which refers to both a poisonous plant and a poisonous relationship—sees them combining prog and R&B trademarks to exhilarating effect, with more stellar structural changes juxtaposed by hip melodies. It’s complex yet completely welcoming, and McCassey’s solo is a standout feature for sure. Closer “Napoleon Ivy” kind of recaptures the feeling of subtle tragedy that began “One Lonely Seahorse”; that is, until a patient  rhythmic build-up leads to an empowered rocker that’s as sleekly produced as it is colorfully established. There’s a tinge of the late, great Mars Volta throughout it, too, that adds a bit more experimental heft. (It’s also worth mentioning that their take on Hall & Oates’ “Maneater” finds a perfect balance between staying faithful to the original and putting enough of a characteristic spin on it to justify its existence).

Hososhi was already a superb EP, so Hososhi Redux is inherently a better offering. The songs that carry over are just as rewarding and revealing as ever, and “One Lonely Seahorse” feels like an essential addition. With any luck and justice, the release will help Mangata reach a new level of praise and attention so that they’re fully poised to blow everyone away with their next full-length outing.