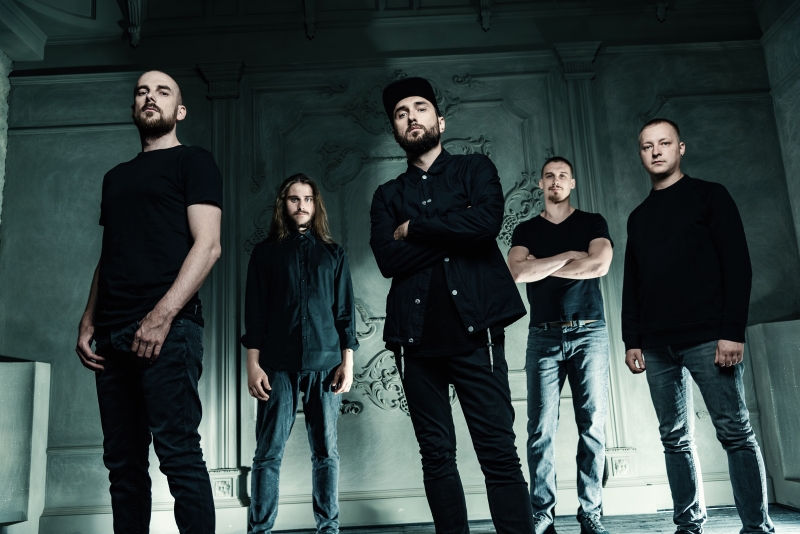 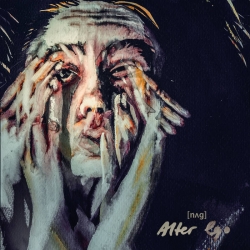 “Alter Ego” is a remarkable work of focus and ferocity.

A few plaintive notes lift up a dark and spacious moment before a misshapen, heavy groove blows open Alter Ego, a new album by Nug. Each song goes on a journey that combines complexity with emotional depth. Spacious atmospherics complement tight and intimate rhythmic patterns, and a relatively patternless vocal underscores the depth and complexity of the music writing.

The opening song, “Beast / Звір,” continues with a steady, shimmering ride cymbal and a rhythm section that takes focus with the lunging of a deep, barking vocal. The verse forges ahead amid more dark, spacious notes, creating a wonderfully creeping sense of tension. The song lowers the volume, pauses—then storms, wringing out all the tension and anxiety. The song “Psyche / Дух”—yes, the songs all have these names—opens with feedback, a snare pops off, then thick, gritty chords and a wasp-nest guitar plow ahead, soon joined by that roar of a vocal.

Nug may be best described as post-metal or progressive metal. Alter Ego is loud and ferocious without sounding aggressive. The songs—most of them run seven minutes or more—are patient and move easily between spaciousness and intense focus. Nug told Rebel Noise about the Ukraine-based band’s songwriting process:

In our case, the song may begin from the guitar riff or drum pattern played during the rehearsal jam. We [are] always recording rehearsal demos and later choosing the best parts. We may play something for an hour, but only one riff or melody may hook us enough to become a song later.

While we work on the song structure, our vocalist thinks about lyrics and the topic of the song. And finally, when all is done, we start to work out the details … Actually, small things are usually the most important for the song. You know, it's like intonations for the story. It's not a problem to tell a story, but the big deal [is] to tell it that good to touch the hearts of listeners.

My favorite song is probably “Shores / Береги,” which starts with clean guitar notes chiming out a celestial dismissal. Then a stuttering, highly refined riff grooves with precision underneath the chimes. The song pulls back, indulges. “Dorian / Доріан,” probably the most aggressive song on the album, begins with a belly-roar vocal and thunking bass guitar and tom drum. Then a machinery-bending guitar riff pushes into hostilities. The song reaches a break, where the band takes time to work out the details and make something big happen.