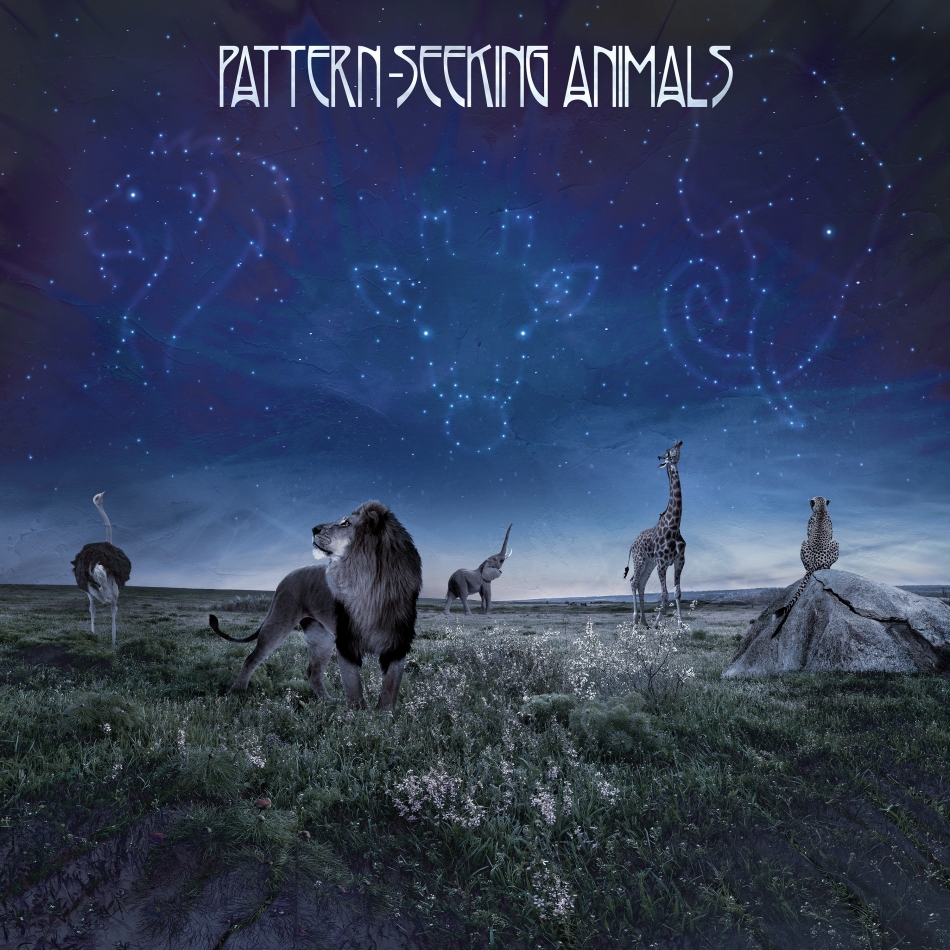 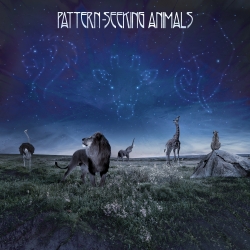 The songwriting on Pattern-Seeking Animals is top-notch all the way through, and the ways in which the band exercise their chops as instrumentalists and vocalists beneath and around that core asset is always outstanding.

When the quartet of Ted Leonard (vocals/guitar), John Boegehold (synths/keyboards), Jimmy Keegan (drums/vocals), and Dave Meros (bass) announced their new group—Pattern-Seeking Animals—fans immediately wondered how it would differ from their work as part of iconic American progressive rock troupe Spock’s Beard. You see, Leonard and Meros are still active official members; Boegehold is still their contributing songwriter and producer; and despite leaving the band in 2016, Keegan is still a crucial part of their history as well. In other words, only the absence of guitarist Alan Morse and keyboardist Ryo Okumoto prevents Pattern-Seeking Animals from including everyone in Spock’s Beard.

So, does this eponymous debut LP satisfying expectations and warrant its classification away from the members’ home band? For the most part, yes. Despite inevitably sharing many stylistic similarities with Leonard-era Spock’s Beard, Pattern-Seeking Animals is a more commercially viable and succinct venture. Some prolonged and intricate arrangements are there, but it’s more straightforward and less quirkily complex than those records. Of course, that’s undoubtedly part of the point, so while listeners unjustifiably expecting zany flights of fancy may be disappointed by its accessibility, anyone looking for quality songwriting and dense but approachable arrangements may see it as the best LP they’ve ever made together.

In the press release, Boegehold—who spearheaded the project before asking the other three players to join—fittingly describes the balance Pattern-Seeking Animals achieves by saying that it’s “progressive and intricate while keeping things immediate and melodic.” He adds, “Whether a song is four minutes or ten minutes long, I didn’t want more than a few bars go by without some kind of instrumental or vocal hook.” For sure, every piece in the bunch prompts sing-along accompaniment before getting stuck in your head, and as always, the surrounding musicianship is delightfully vibrant and varied.

The disc opens with one of its best offerings, “No Burden Left to Carry.” Its initial mix of flamboyant synths and rising guitar lines—in addition to more forthright acoustic guitar arpeggios, piano chords, and percussion—is at once familiar and exciting. Likewise, Leonard’s soaring lead vocals are as powerful and enticing as ever. As strong as that introductory segment and the ensuing trip into a madcap emotional jam are, however, it’s the implementation of interlocking vocals in conjunction with the alluringly dramatic chorus that really delights and endures. It also winds down to a sorrowful piano ballad near the end, solidifying the quartet’s masterful use of dynamic shifts from start of finish. All in all, it’s absolutely one of the best tracks they ever cut together, and it’s a monumental way to kick off Pattern-Seeking Animals.

That one may be the most immediately impressive selection in the sequence, but each one that follows earns its place as well. For instance, the brighter “Orphans of the Universe” and “These Are My Things” uphold that blend of memorable hooks and colorfully challenging wordless breaks while also feeling sufficiently individualized. In contrast, “The Same Mistakes Again” and “Fall Away” are largely lusher and simpler odes ornamented with lovely symphonic touches. In-between, the bombastically celebratory rock and roll extravagance of “No One Ever Died and Made Me King” makes it infectiously fun, whereas “These Are My Things” is filled with chic pop culture references and seductively mysterious ethers. Appropriately, “We Write the Ghost Stories” is playfully eerie and off-kilter yet welcoming; “No Land’s Man” employs whistles to enhance its chipper, life-affirming momentum; and closer “Stars Along the Way” is suitably cosmic, weighty, and affective, with consistently alternating timbres adding constant intrigue below Leonard’s mountainous melodies. It’s intense and serene at the same time, leaving you in awe and making you want to hear the whole thing again ASAP.

Anyone who’s followed Leonard-era Spock’s Beard knew that Pattern-Seeking Animals would be quite good, at the very least, but few could’ve anticipated just how exceptionally written, performed, and tight it is. In other words—and without implicitly implying that any of their previous outings suffered from this—it’s faultlessly focused and composed, without an ounce of figurative fat to trim. Rather, the songwriting is top-notch all the way through, and the ways in which they exercise their chops as instrumentalists and vocalists beneath and around that core asset is always outstanding. As such, it’s establishes Pattern-Seeking Animals as an entity that’s distinct from—yet on par with—their more established and revered other outlet.