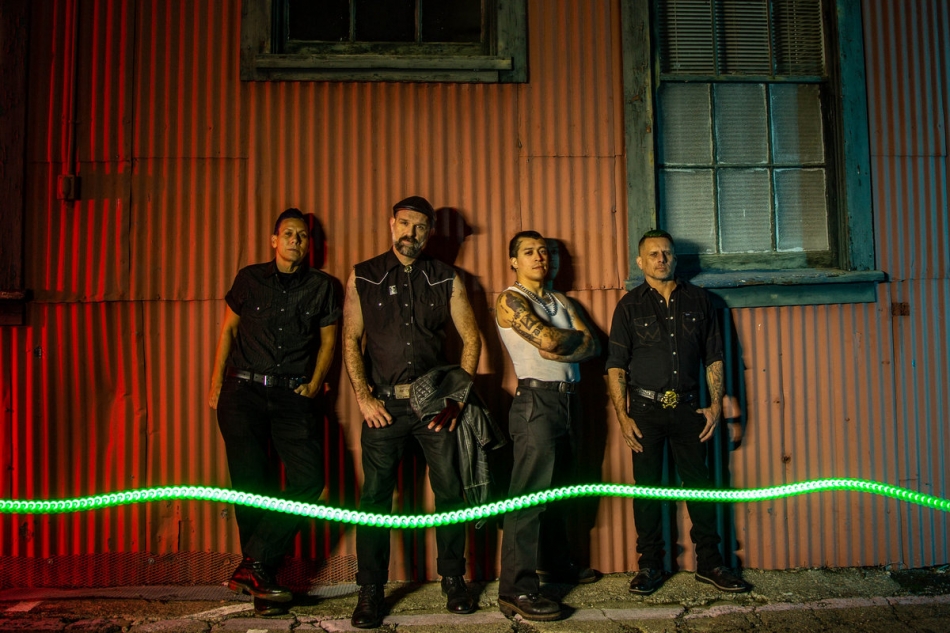 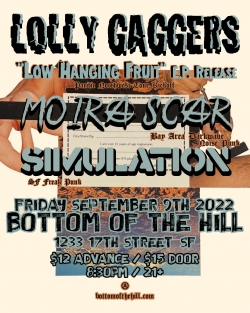 Lolly Gaggers is a Bay Area-based queer post-punk band formed in response to the pile of trash known as Trump.  The band prides itself confrontaional but also having melodic hooks in their music. They mention Darby Crash and The Germs in their press release and I think they are in that vein but a much tighter band. There is this interesting thing they do in their track "Bite" where the bass is like a pulsing synth sample and it's almost like a lo-fi indie rock song. The production is very overblown and feels like an analog era recording but with crisp shouty old school punk vocals. I think it's important if you are going to label yourselves "punk" that you do creatively not lock yourself into a box of what you will and will not do musically. Their other advanced single "NRA" is more traditional and feels right at home with The Germs comparison. Lolly Gaggers I think show a lot of potential just in these two advanced tracks in creating something that is a little more interesting than the typical punk release. I also like that they are the kind of group that is marginalized and should be making punk rock that is loud and proud.

In 2019 Lolly Gaggers released their first E.P.  with singles that had titles like “Cavity Search" & “Death Threat”  followed by 2021's “Songs For A Plague,” which was called in the press introspective queercore. These guys also seem like they'd have an exciting live show and have played some exciting shows with punk greats like Pansy Division, Lydia Lunch, The Dickies and more. The band is getting ready to release their newest EP "Low Hanging Fruit" in September followed by some touring of the Pacific Northwest and British Columbia and from the sound of thew band the live show will be exciting.

You'll have to wait for the new tracks from Lolly Gaggers but in the meant time enjoy one of their older videos: