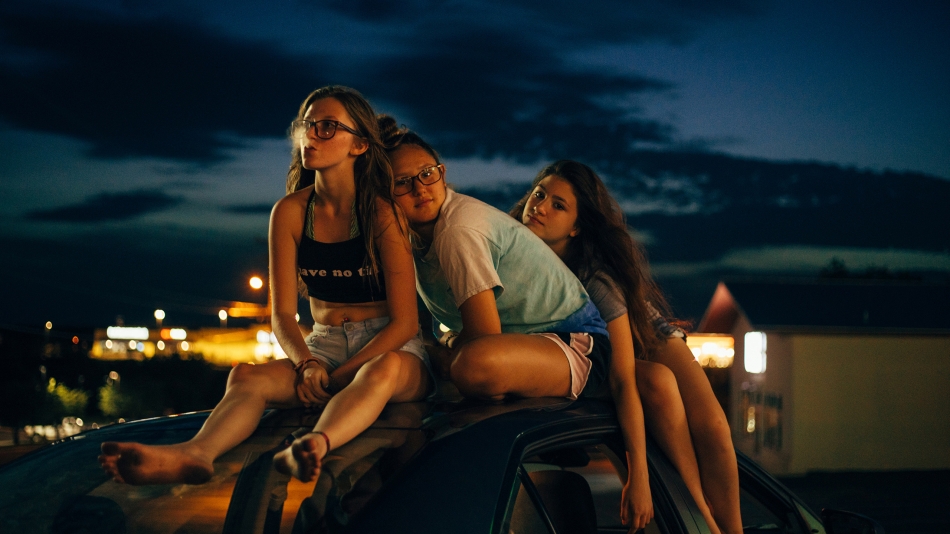 Set in a small rural town in Texas, directors Parker Hill and Isabel Bethencourt’s debut documentary for Cusp, which initially started as a short and evolved into a full length feature, captures the lives of three teenage girls over the course of their summer vacation. With little to fill their time aside from partying, drinking and drugs, the film’s subjects speak candidly about their personal experiences pertaining to consent and entering young adulthood. Shot in an intimate verité approach, the directors present a slice of life view of adolescent friends sifting through their confusion to discover their identities.

Without some of the structure in place that’s ingrained by classes and school, close friends Brittney, Autumn and Aaloni fill their meandering days during their summer break through means of escapism. Whether that’s through the company of older teenage boys, lines of coke, or excessive drinking, any outlets that aid in putting a mental or physical barrier between themselves and their parents or past physical abuse and trauma is automatically welcomed. Their relationships with boys is inherently coupled with excuses for sexual assault and rape and expressed in a matter-of-fact tone. “You can always tell someone no, but they’re still gonna do it”, states one of the girls, citing males’ inherent physical force and strength that instigate fear or disbelief that a stern 'no' will actually mean anything after countless times of physical behavior posing the very opposite effect. Sex ‘just happened’ feels like a casual and passing given after the girls and their friends open up about their first time having sex and losing their virginity. They find excuses and ways to appease any anger that arises in their dates and surrender to controlling messages from older boys so as not to aggravate them. When discussing a rape that happened between acquaintances during a party, one of the boys pipes in, “it’s not rape if they’re both intoxicated”, further solidifying the toxic masculinity that permeates the lens of how teenagers come to view mutual consent and sexual activity.

As we come to further know the girls, molestation and abuse runs rampant between parents and daughter or if not directly from their family, then between adult figures in their lives. While the general consensus between the girls is anger and breaking free from their parents, Aaloni’s relation with her mother Michelle is one that resonates similar to the friendships she has with the girls her own age. Smoking and drinking like the rest of them, her mother’s reaction to Aaloni having sex for the first time in the backseat of a car is simply scolding her for not finding somewhere more special to have lost her virginity. Viewing being tough and not relying on a man as the most important qualities that she can instill in her children, we also see Michelle’s vulnerable side as she wrestles for her own independence while living with a husband with PTSD. For such an intimate portrayal of these girls’ lives, the directors had to walk a fine line showcasing their vulnerability, often checking in with the girls about permission to include certain scenes in their film. Yet as a viewer, you can’t help but wonder about the girls’ future hopes and dreams, aside from their desire for escapism from their home life, and their stifling notions of consent that saturate their day to day experiences that they’ve come to adapt to over time through various forms of abuse, whether this is a damaging cycle that they can ever detach themselves from. “A lot can happen in 24 hours, especially when you’re a teenager”, express the girls, which also serves as a reminder to the exhilarating highs and the devastating lows we all experience as an adolescent and how fleeting it can all feel in retrospect.