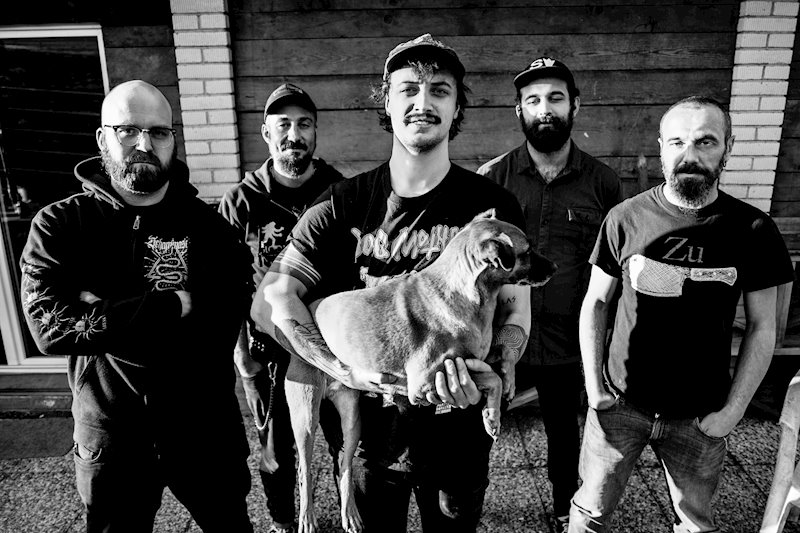 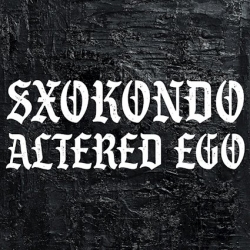 Following two EPs, Swiss metallic hardcore five-piece Sxokondo are now ready to release their first full-length "Altered Ego", which is set for release on October 28th via Division Records. The LP kicks off with low rumbles that burst into metal post-punk infused hardcore. The songs have a great 90's feel at times but infuse many genre's more along the lines with modern hardcore.

"Altered Ego" marks a new beginning for Sxokondo (pronounced shock-hondo, from the esperanto word for Shockwave), not only this is their first album, but they’ve also decided for a DIY approach and recruited local technicians to help them with the recordings, namely Kevin Galland from Studio Mécanique for the recording and mixing, and then Christoph Noth for the mastering, both being established in La Chaux-de-Fonds. A little bit shocking to me is this is a Swiss band, I know nothing about the scene over there but this would go over well at any New Jersey Hardcore show. This although is half a world away has roots in New York Hardcore with a feel like Warzone and Madball were big inspirations but mixed with modern aesthetics like Defeater or Touché Amoré. This definitely adds to it though noisier more experimental parts. Songs like  "Le Dernier Civil" are highlights as they blend seemlessly hardcore, heavier alt rock of the 90's, punk and metal. At moments it's as disjointed as something like Slayer or maybe even more grindcore than that, but it's coheasive and flows well. The band also cites Botch, Converge and Breach as influences over this "brash, noisy, and intense metallic hardcore" style of music.

The band is all seasoned vets of their scene and it shows. This album is face melting from moment one. "Child Rage" and "Altered Ego" also stand out as something more than just hardcore, it's sludgy dark stoner grunge but with an intense vocal attack. For any fans of any band mentioned in this article, I don't see how you can listen to this album and not love it! Again that date is 10/28/22 this drops on all streaming services.