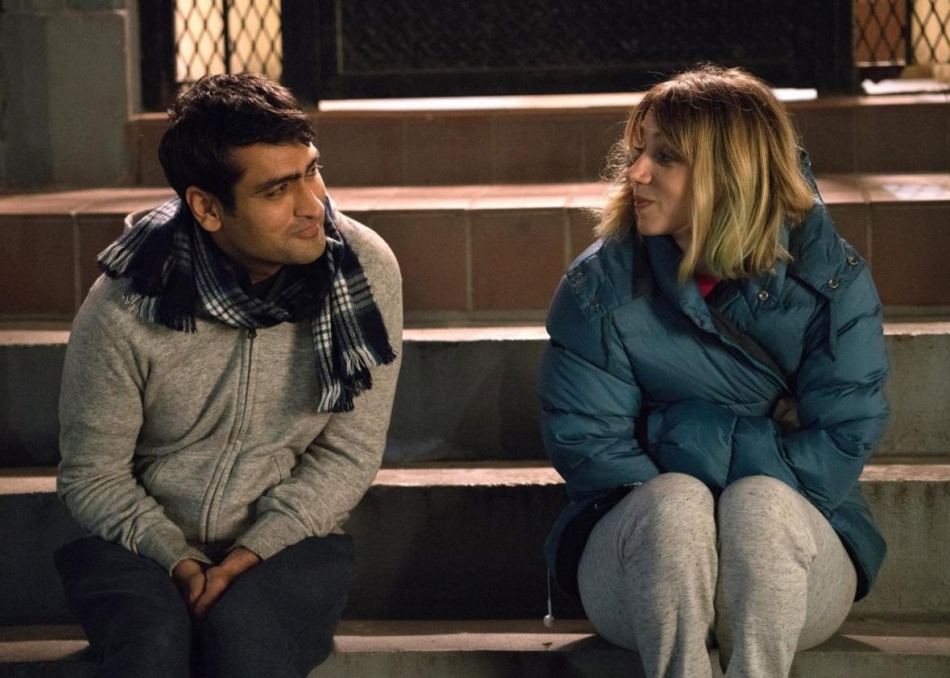 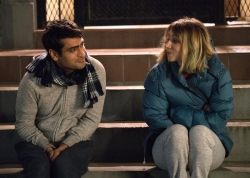 Loosely based on Kumail Nanjiani and Emily V. Gordon’s real life relationship, The Big Sick navigates through the trials and tribulations of both partners’ cultural differences and expectations. Written by Nanjiani and Gordon and directed by Michael Showalter, Kumail plays himself as a stand-up comedian and working Uber shifts on the side to keep himself financially afloat. He meets Emily (played by Zoe Kazan) one night after she flirtatiously heckles him at one of his shows. A budding romance ensues, but quickly falls apart once Emily realizes Kumail is hesitant to commit, his fear stemming from having to disclose to his Muslim parents that he’s dating a white girl. After hearing that Emily has fallen into a coma due to an infection in her lungs, Kumail dedicates his time to visiting her at the hospital along with her parents, Beth (Holly Hunter) and Terry (Ray Romano). Initially encounters between them are rocky, but eventually their guards start to fall, helping Kumail learn more about Emily and about himself in the process. The Big Sick occasionally tends to meander, but affecting conversations between both generations contribute to the film’s distinctiveness in an ample pool of current romantic comedies.

If dating in our current climate wasn’t tricky enough, The Big Sick emphasizes the cultural differences between Western dating expectations and Pakistani expectations concerning arranged marriage propositions. Viewing Kumail’s marriage to another Pakistani women as a foregone conclusion, his mother Sharmeen (Zenobia Shroff) continually and conveniently sets him up with single women also looking for a husband. Kumail’s collection of headshots after multiple dinner dates are left in a cigarette box, fleeting keepsakes of prospects he never actually plans to follow up with again. Although we assume these potentials are hurriedly hoping to find their future husband, a second accidental date conveys the struggles these women face as well. “I’m just really tired”, laments Khadija (Vella Lovell), after getting turned down by Kumail. Whether singles have a vast array of dating options at hand or have to follow the rules their parents set for them in settling for a spouse, dating in and of itself remains a struggle to navigate.

While Kumail and Emily’s relationship feels fleeting and brief before Emily is rendered inert in a coma, we’re still able to gain a sense of both partners’ personalities and tendencies. Emily reads much more of an open book with her whimsical disposition, willing information on her previous marriage and eagerly telling her mother about her newfound boyfriend. Kumail remains more reserved and calculated, afraid of disclosing his current relationship to his parents Sharmeen and Azmat (Anupam Kher) in fear of getting exiled from his family. Even during one of his onstage plays introducing the audience to his cultural background, Emily admits that she just wished she had learned more about him throughout the experience.  The film effectively contributes to their relationship even while Emily is in the hospital through personal fragments we learn from Beth and Terry’s marriage. On the surface their family is seen as vastly different from Kumail’s family, yet he learns of the difficulties both faced in their initial and current relationship. Despite the variables that lead to a relationship, The Big Sick emphasizes love’s inherent and universal complications and imperfections, no matter what your cultural background may be.