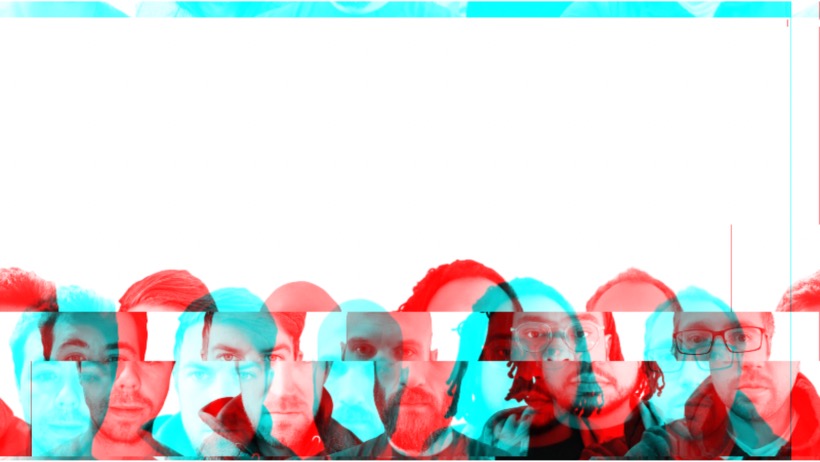 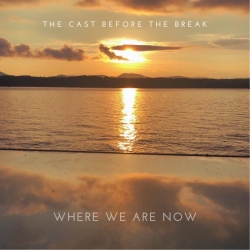 The Cast Before The Break
Label: Mint 400 Records
Reviewed by Sam Lowry

Post-rock underdogs, The Cast Before the Break, released their first album in ten years back in March, the aptly title Where We Are Now via Mint 400 Records. The record’s beginnings are rooted in 2012, when the quintet began self-recording in Connecticut. Sadly, the group disbanded before they could finish it.

Fast forward to 2021. Amidst a pandemic and the corresponding ten-year anniversary of their seminal Deep Elm Records release Still, the five musicians began seriously talking about finishing what they started. The remaining guitars and vocals were recorded remotely at home, passing files back and forth via email. With a rhythm section rooted in 2012, and the rest of the soundscape in 2021, Where We Are Now is truly a decade-long labor of love.

“Our first two albums navigated motifs of loss and uncertainty,” guitarist Jordan Stewart reflects. “Experiencing these past few years of collective loss is a lot of what brought us back to each other. While Where We Are Now deals with some of these same topics, it also exhibits a newfound catharsis. It acknowledges the pain we’ve experienced, but also how far we’ve come.”

The Cast Before the Break formed in 2007 in Upstate New York where all five members attended college. In 2011, they signed with emo pioneers, Deep Elm Records, who re-released their emotional debut As Your Shoulders Turn On You alongside their aforementioned sophomore release, Still. Both were released to critical acclaim, and the band found themselves a growing regional following. Post-college, mid-twenties life took a toll in various ways, and the band played their last show in 2013.

After two albums with emo pioneers Deep Elm Records, the quintet signed with indie stalwarts Mint 400 Records to release their long-awaited third album. Where We Are Now perfectly encapsulates everything the band put forth on their outstanding first two records, adding up to the most dynamic, raw and epic release of the band’s career. Enjoy the video for “Where We Are Now” as the band collects memories from their original run and sets it to the title track for this epic comeback album.