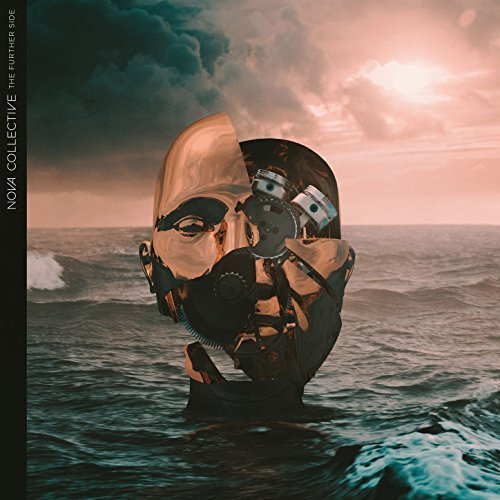 'The Futher Side' album cover 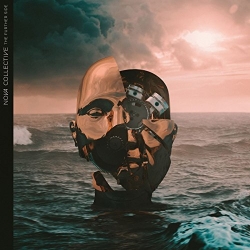 The Future Side is a benchmark effort that will please fans of any or all of its creators, as well as anyone who digs the explored genres in general.

Ever since European trio Cream took the rock music world by storm in the late 1960s, supergroups have been met with exuberant anticipation. After all, each member is usually already revered for his or her place within a respected band, so fans typically let their imaginations run wild when it comes to what a cumulative output can bring. Of course, this often leads to disappointment if the final product isn’t up to snuff, but just as many of these efforts end up satisfying—if not exceeding—expectations. Such is the case with The Futher Side, the debut LP from international quartet Nova Collective. Whereas many instrumental progressive rock/metal releases feel off-putting and machinelike because they prioritize relentlessly flashy, sporadic, and bounded techniques over engaging and diverse dynamics, melodies, and tones, The Further Side strikes a remarkable balance between both worlds, allowing listeners to marvel at its intricate madness while also adoring its alluring hooks, creative variety, and tranquil breaks.

Nova Collective started in 2014, when bassist Dan Briggs (Trioscapes, Between the Buried and Me) and guitarist Richard Henshall (Haken) started working on music together via email. Soon after, keyboardist Peter Jones (ex-Haken) and drummer Matt Lynch (Trioscapes, ex-Cynic) joined them (on different sides of the Atlantic Ocean) to complete writing the album. In early 2015, the foursome finally got together in-person to record with renowned engineer Jamie King (The Contortionist, BTBAM). Afterward, it was mixed by Rich Mouser (Transatlantic, Spock’s Beard, Neal Morse). Together, they’ve yielded a fascinating and vibrant “fusion [that] weav[es] progressive rock influences with world music, jazz and classical” in a way that’s certainly evocative of their individual primary projects—as well as bands like Animals as Leaders and An Endless Sporadic—but also remarkably idiosyncratic. It’s a thrilling showpiece from start to finish.

“Dancing Machines” lives up to its name, as its complex and colorful wackiness is made impeccably accessible by its rhythmic changes and peculiar timbres. In fact, the dizzying patterns at the start (which are played simultaneously on guitar and piano), complemented by feverish percussion and thick bass elasticity, pack the same quirky virtuosity as a mid-section BTBAM breakdown. (Thus, it’s easy to hear how much influence Briggs has in both outfits.) Eventually, each member gets to shine as the arrangement shifts between correspondingly hectic start/stop bits of trickery and more subdued and spacey intermissions. What separates this track—and its successors—from similar pieces from contemporaries is the tangible amount of playfulness and palette experimentation at play. It’s relatively unpredictable, too, so while it maintains a general vibe from beginning to end, its transitions are consistently surprising. All in all, it’s a tremendous opener.

There’s definitely a more reserved and classical air to “Cascades,” as it's dominated by rich piano chords, light guitar arpeggios, and wistful syncopation at first. Naturally, things become more chaotic as more elements do battle over the initial foundation, yet it almost never reaches the same kind of in-your-face intensity of its predecessor (which is neither good nor bad; it’s just a clear difference). Henshall introduces a wah-wah effect that suggests Adrian Belew’s work with King Crimson halfway through, as well a flat-out metal solo near the end, and the other three players decorate these moments tastefully. Appropriately, “Air” begins sparse and muted, with several calm patterns intersecting, before adding other sophisticated yet delicate Middle Eastern flourishes. There’s also a palpable sense of tension and destiny across the whole duration; it's as if Nova Collective is representing a hero’s journey in musical form. Without a doubt, it’s the most poetic and elegant composition of The Further Sides’ first half.

In a way, “State of Flux” seems like the proper start of a second side, as it’s a stylistic sibling to “Dancing Machines” in many ways. That said, if the former was marked most by BTBAM’s aggressive flamboyancy, this one leans more towards Haken’s relaxing retro segues. As for the penultimate “Ripped Apart and Reassembled,” its standout distinction is its slight ‘80s bounciness and synth coating, which contrasts well with the more trademark and perpetual components. Like many closers, “The Further Side” acts like ending credits, offering an overarching layer of conclusion as the band incorporates just about every technique that came before it into a new beast. Of particular note is the ways in which Jones’ various stylish passages work alongside the frequently devilish outbursts of the other three musicians, who work masterfully in tandem. Its final moments spark an especially fitting contrast between heaven and hell.

As you might expect given the caliber of its creators, The Further Side is a breathtaking debut. By fusing their respective personalities into a new venture, Briggs, Lynch, Jones, and Henshall have certainly crafted a work that touches upon parts of prior collections like Coma Ecliptic, Digital Dream Sequence, Affinity, and Kindly Bent to Free Us; yet, by the very nature of how different their aesthetics are, they’ve also made something unique. As such, The Future Side is a benchmark effort that will please fans of any or all of its aforementioned precursors, as well as anyone who digs the explored genres in general.