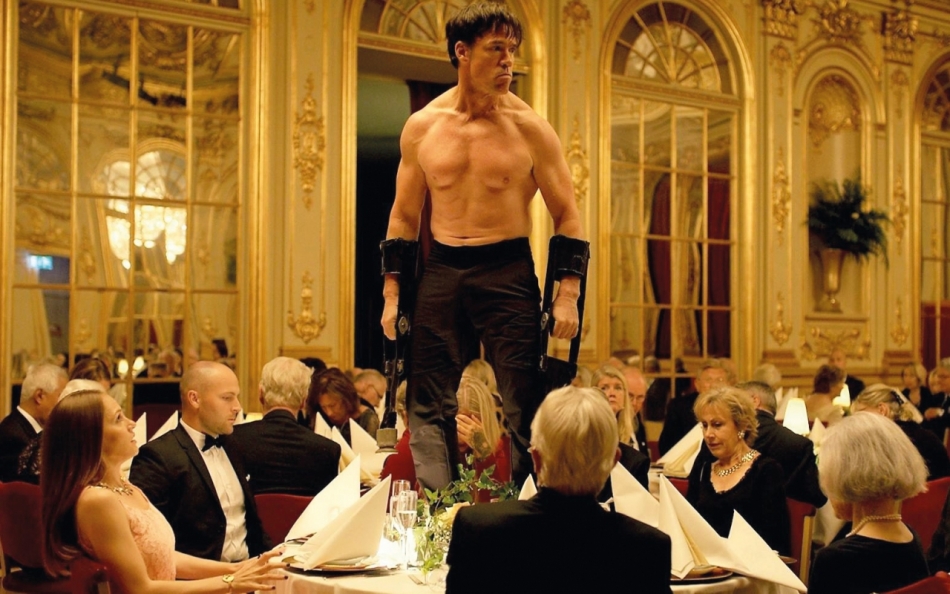 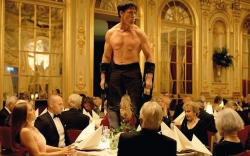 A piercing satire on the hypocrisies and hollowness of the art world’s intentions, Swedish director Ruben Östlund’s film The Square magnifies both individual and society’s insincerities when forced to reckon with less than ideal situations. In a similar vein to his previous psychological drama, Force Majeure, The Square snowballs from an initial seemingly random incident in which Christian (Claes Bang), the curator of a prestigious art museum in Stockholm, gets tricked by a performance-like pickpocket’s scheme, losing his phone and wallet yet remains determined to catch the thief. Unwaveringly cool and composed on the outside, Christian frequently experiences moments of existential uncertainty and foolish behavior both in his personal life as well as at work. The museum’s latest art installation entitled The Square is defined as “a sanctuary of trust and caring. Within it we all share equal rights and obligations”, a commentary on humanity’s universal desire to do good in the world, but culminates in bringing to light class struggles, greed, machismo and morality with Östlund’s defining absurdist humor in this sprawling film.

Commenting on the use of social media and technology as a means of distraction or the need to reel viewers in immediately, The Square tests our attention span as it unravels in a quick succession of sketches, yet at a near two and a half hour run time Östlund gives us plenty to chew on. Entrusting an advertising agency to promote The Square on social media prior to its official opening, the representatives argue that the exhibit's statement lacks in controversy and therefore instilling shots of society's most vulnerable groups into a promotional video is the answer to making it stand out from the excess of social media clutter and create their desired viral effect. Regardless of conclusions drawn from the scope of the agency's so-called research, selfish tendencies remain inherently embedded in the process, and the resulting actions carried out remain void of self-analysis. The film is constantly bombarded with interruptive shots of phones ringing or people's preoccupations with a glaring screen to fully realize what's happening around them, bringing to light the bystander effect rather than the individual taking intiative. Meant to awaken people's senses, The Square instead magnifies society's apathy, the correlation between people's words and actions remaining precariously balanced.

In an ideal world our humanistic desire to do good unto others remains boundless and unquantifiable, yet this sanctuary resides in strict confines whether related to The Square itself, our neighborhood, or within self-identified groups or class structure. After Christian gets robbed he decides to print out ransom letters to put under every door in the apartment complex his GPS tracker is located, yet when he's forced to confront his so-called liberal minded attitude when venturing in a vastly differing part of town than what he's used to, his composure breaks. Our capacity for empathy and trust is frequently called into question, especially when the comfort of one's familiar surroundings serves as a disconnect towards real human interactions. Instilling scenes of spiraling staircases and confining art pieces, Östlund reminds us of the ingrained yet arbitrary hierarchies and power dynamics we view the world through. Occasionally leaving some of its ideas disjointed, The Square still has much to say in a world fraught with self-contradictions, triumphantly confronting the conflicts between our instinct and our intellect.