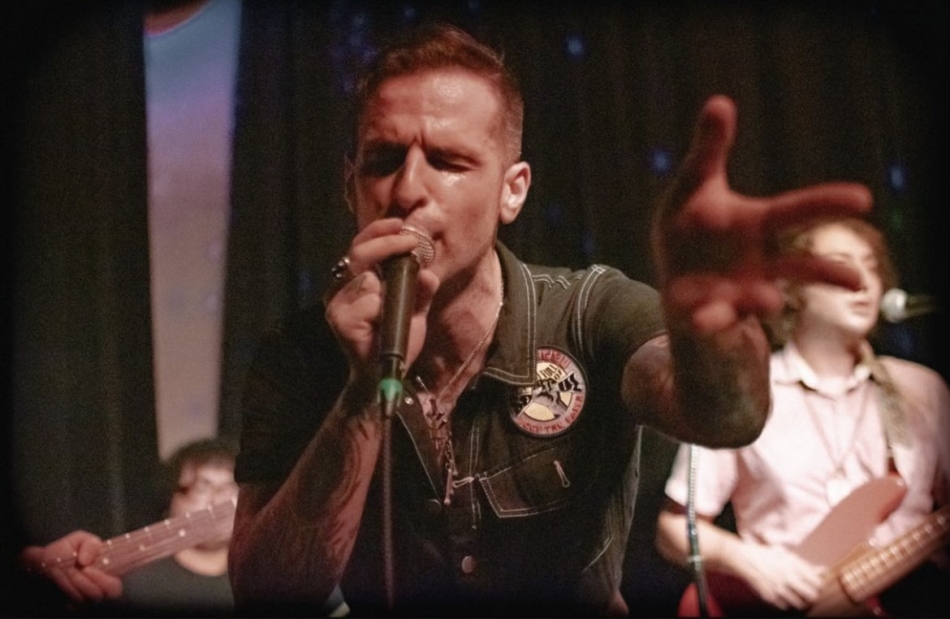 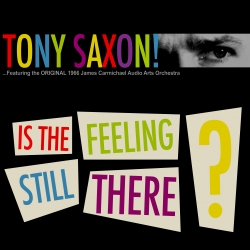 Announcing the new Tony Saxon single “Is The Feeling Still There?“ and here’s the bizarre story in it’s entirety of how it came to be

“Who is this Tony Saxon fella? He's a none stop, 'Lets have it' Music enthusiast. "Digging crates in the States' for obscure Blues, Rhythm and blues, Northern Soul, Psych, Popcorn, Garage or cool country grooves he's there for us fellow enthusiasts to unearth and supply the hippest discs. That's not it though ohhhh no, this fella is a musician and songwriter who's passion for live performance has, thankfully for us turned his passion onto producing covers of some of the iconic records imagined throughout the U.S in the informative years of music brought to us through the emergence and a much coveted and impersonated black musical culture... Playing Instruments such as the Guitar, Piano and Saxophone his vocals as shown on the plug side of this disc are as polished and deserving of recording as any of his and our heroes. So onto the recordings. The plug side is Tony utilising his technical abilities in the recording studios by dubbing onto an Acetate instrumental recording by the James Carmichael Audio Arts Orchestra's of the backing track to the gem that is The Remarkables Is the Feeling still there? from 1966. Now this isnt some pasty skinned bathroom singer trying to emulate his Black heroes by gargling half drowned into his shower head microphone, Ohhhhhh No this is a Musical maestro stepping into a Vibrational studio time machine that has enabled him to take his place in 1960's music and cultural history. The vocal performance dubbed onto the era seemlessly as if it happened right there and then.” - Michael Hawkins - DJ / Designer / United Kingdom

Yes, you can say Tony Saxon uncovered the once Lost, straight from the studio, instrumental Acetate 45rpm record providing the musical backing to this smashing release in a record collection he bought formerly belonging to a Motown Records A&R rep … but it’s safe to say that the acetate in fact…. found him .

Thus continuing in the tradition of many Soul & Rock N Roll heroes before him in a decade spanning second generation music career - Jersey City, NJ  born Tony Saxon unleashes fierce tributes to both the 1960’s Audio Arts Group Label of LA recorded and produced by Saxon at LA’s analog true to form SGV Sound Studios and a Loving tribute to Canadian Transgender Soul Icon Jackie Shane with his slamming Neo R&B Soul / Rock N Roll Crossover arrangement / rendition of the Bobby Darrin penned song “Comin Down” released originally by the infamous SUE Record label….recorded by Tony himself in a fabulous LA mansion once owned by Motörhead’s Lemmy where Tony was granted a free indefinite stay to set up a makeshift recording studio thanks to a chance encounter at an underground poker game. Joined by wonderful musicians such as Nick Fulsher on drums and more.

These two songs are to be released on a limited run 45rpm 7” vinyl - yet the preorder and all copies sold out within just three days of the release announcement by Saxon. I know what you’re thinking - “covers? Ew…” yet Saxon is following in the tradition of literally EVERY soul singer and even pioneer white 60’s heroes like The Rolling Stones and The Animals who did covers just the same. Oh yeah and don’t forget….The Beatles and Elvis are guilty of that too in the beginning…without covers where would they be…more importantly would those original artists have been duly noticed in such an unjust period of American Culture?  Renditions are part of the entire genre….yet The majority of even hardcore fans of the genre’s may not even recognize some of the songs chosen by Saxon to record his versions of!

Giving credit where credit is due is Tony’s Modus Operandi when it comes to his music and full time job as a rare 45rpm dealer  with his business Saxonwax …specializing in rare original pressings of 50’s and 60’s group harmony, garage rock, R&B and Soul Music…shipping out stacks of records every day to collectors and DJ’s all over the world ….and when he’s DJing these same records across the country and in his current hometown of LA.

Politics aside….Saxon has penned many of his own songs over his musical Career producing and recording 5 full length albums as a singer and multi-instrumentalist spanning many different genres - lending his talents on 9 different instruments and his 8 octave vocal range over the years to many different touring bands and recording artists - large and small…he’s even recently been joined in the studio by some of his all time favorite musical heroes including as Tony Valentino; original guitarist of The Standells. (legendary “Dirty Water”riff? That’s him!!!)

His forthcoming LP release “Thirst & Howl” is not a reinvention of Saxon’s style from his previous work…he has 100% reached his final form and it’s only going up from there and growing stronger. The LP serves as a major tribute to Some of his favorite 45s from the era - songs that have become huge on the European Northern Soul and R&B scene in recent years on their own - and will be followed by a new album of material in the same vein written solely by Saxon himself.

Always marching to the tune of his own drum…Audiences are quickly starting to realize that Saxon on his musical trailblazing of the underground has in fact already been Recognized by many contemporary artists and bands and DJ’s and has become an unspoken influencer of their fashion, sound, and style….and became the subject of urban legend thanks to his rare yet ABSOLUTELY WILD and manic live performances resulting in food fights, rambunctious interactive crowd play, and even surprise pseudo game show situations. All while trying to promote acceptance and inclusivity as well as clear the air of pretension in a scene and genre that is so coveted, yet so stolen and borrowed from.

Saxon has recently joined forces with LA Garage Rock outfit The Premonitions (Hypnotic Bridge / Outro Records) and will be singing lead vocals and playing rhythm guitar for their final tour - a string a shows through Mexico this August 2022. Stay Tuned for the new Tony Saxon LP “Thirst and Howl” on Mint 400 Records and follow @tonysaxon on instagram for more info! Subscribe to Tony Saxon’s YouTube Channel for high quality full length video uploads of fantastic rare 50’s and 60’s 45rpm records and more of his own music!

If you happen to be in Mexico, Tony Saxon with The Premonitions will be live:
August 4 - Tijuana
August 5 - Toluca
August 6 - Mexico City