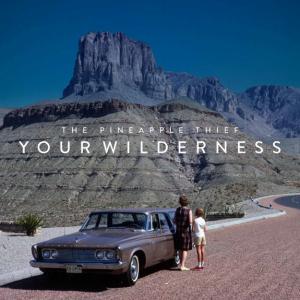 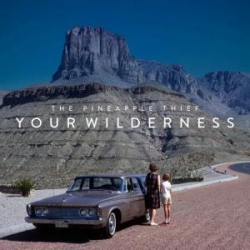 Despite Your Wilderness being a tad too familiar and inconsequential in comparison to its precursors, it’s still a remarkably powerful collection.

Progressive rock is often criticized for prioritizing virtuosic showmanship, strange theatricality, and needlessly lengthy durations, but there have always been bands who’ve disproved those notions by showcasing earnest, relatable songwriting and accessible arrangements above all else. When it comes to modern acts, few do this as well as The Pineapple Thief, whose creative leader, Bruce Soord, is matched by only a handful of contemporaries (like Steven Wilson, Daniel Cavanagh, and Giancarlo Erra) when it comes to turning personal turmoil and/or social commentary into overwhelmingly gorgeous and poignant observations. True, earlier Pineapple Thief works were relatively experimental and brazen, but the last few have favored a more stripped-down, radio-friendly approach, which has undoubtedly yielded some of the best songwriting of Soord’s career (as well as some heavy criticisms, as he and I discussed in 2014).

Unsurprisingly, this trend remains on Your Wilderness, the group’s 11th studio LP and follow-up to both 2014’s stellar Magnolia and Soord’s 2015 eponymous solo effort. In fact, it’s easily among the briefest and sparsest Pineapple Thief journey yet because most of the tracks are less embellished and confrontational/aggressive than those on Magnolia and 2012’s All the Wars (let alone 2010’s Someone Here is Missing or 2008’s Tightly Unwound). In other words, Your Wilderness is consistently light and morose, focusing more on sorrowful lyricism and melodies than on invigorating and varied instrumentation. As a result, the record, despite packing plenty of piercing emotion and heavenly music, feels somewhat less memorable, renewed, and substantial than its immediate predecessors.

Seeing as how drummer Dan Osborne (who played on Magnolia) is no longer with the trio (which now consists of Soord, bassist Jon Sykes, and keyboardist Steve Kitch), Your Wilderness marks the first time The Pineapple Thief has used guest musicians; specifically, drummer Gavin Harrison (King Crimson, ex-Porcupine Tree), clarinetist John Helliwell (Supertramp), guitarist Darran Charles (Godsticks), and violist Geoffrey Richardson (Caravan) all contribute. As for the content of the record, Soord reflects:

The album does have a bit of a concept . . . especially with Carl Glover’s cover which is sort of old-American, showing a mother and child looking out in their own wilderness. And really that’s what the songs are about . . . life . . . . we changed direction slightly this time, with a nod to more atmospheric sounds . . . . the new album was a joy to make. More so than any other The Pineapple Thief album before it.

Harrison’s typical feisty syncopation introduces opener “In Exile,” which is soon fleshed out by spacey keys, a mellow bass line, deadened riffs, and of course, Soord’s trademark falsetto decrees and backing harmonies (“We were hostile / And we fall to the dead / Don't be afraid to miss me”); together, they capture the brittle yet tense and moody formula that’s ingrained in The Pineapple Thief’s DNA. Halfway through, dizzying percussion dances around a forceful guitar solo, only to then fall back into a more full-bodied construction, with Soord bellowing delicately over a marginally poppy ascent. It simultaneously sets the stage for the rest of Your Wilderness and symbolizes a confident return from one of the most outstanding bands in the genre.

“No Man’s Land” is even more sorrowful, with Soord’s defeated tone and familiar subject matter (lost love) complemented at first by only acoustic arpeggios and more harmonies. Eventually, soft piano notes join in, which leads to quite a dynamic shift near the end that finds Harrison battling intense guitar chord progressions with complex rhythms. (There’s no doubt that his unique style helps Your Wilderness feel fresh.) Next, “Tear You Up” recalls the hypnotic, light/dark passion peppered throughout Someone Here is Missing¸ with a lovely balance of fierceness and fragility, while “That Shore” is more ambient and patient, allowing the space between the notes and effects to heighten the heartache. Honestly, it’s tracks like this that exemplify how the sheer beauty of sad music can make it uplifting.

The second half of the LP is equally strong. “Take Your Shot” is arguably the most quarrelsome part of the sequence, as Soord’s words—“I am black and blue . . . yeah, you took your shot . . .you’ve got me firmly in your sights . . . it’s time to make your move”—are delivered with wistful frustration and accompanied by biting guitar lines, teasing chants, and seething rhythms. Another acoustic ode, “Fend for Yourself” is a straightforward lament in the vein of Magnolia finale “Bond” whose cumulative blend of clarinet, harmonies, piano chords, and faint drumming is luscious, warm, and tragic.

The most extensive and striving piece here, penultimate cut “The Final Thing on My Mind” adheres to the group’s characteristic trait of midway transformation, evolving from a Floydian dirge (with cataclysmic orchestration) to an ingeniously sobering moment of stillness, during which Soord sings, “Everything you did is a part of me / Ripped apart from me / How did we get to be this cold? / How did I let you get so far from me? / We got it so wrong, so wrong” before a mournfully majestic arrangement appears beneath him and carries the piece to its end (with some extra heaviness thrown in along the way). It’s an awe-inspiring example of how brilliantly The Pineapple Thief builds momentum to generate elegant devastation.

Closer “Where We Stood” mixes wailing guitar notes, acoustic guitar chords, purposeful piano notes, and pained vocals into a relatively simple and serene bit of catharsis, with Soord issuing the album’s most arresting melody as he reflects, “I doubt we make it to the top / And did I feel your hand drop? / Cause I don’t remember where we stood up there / I don’t remember if we stood up there.” It’s an expectedly exquisite yet troubling last observation that illustrates Soord’s crucial, inimitable style.

Despite Your Wilderness being a tad too familiar and inconsequential in comparison to its precursors, it’s still a remarkably powerful collection that once again proves why the band is virtually unmatched in its niche. After all, even very good Pineapple Thief is better than most other group’s best efforts, and this one deserves its place inside the catalog. Soord may have gradually changed direction since his earliest offerings, but he hasn’t lost a shred of his poetic prowess, so he and his band remain one of the genre's greatest assets.

“Tigers in the Dark”