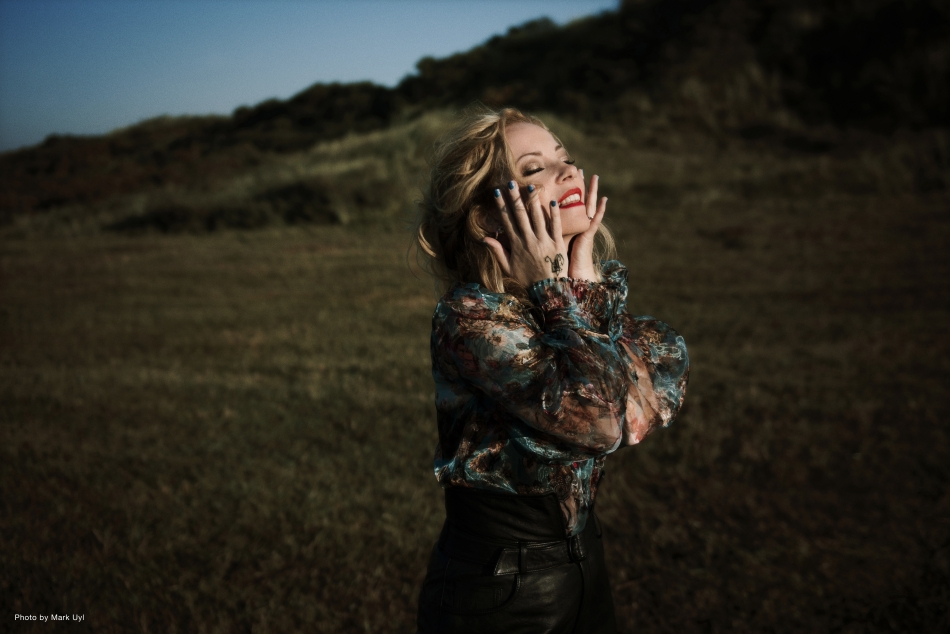 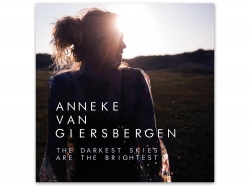 The Darkest Skies are the Brightest demonstrates why van Giersbergen has always deserved appreciation and attention for her ability to lead as a singer, songwriter, and musician.

Whether as the frontwoman of The Gathering and VUUR, or as a guest singer on various LPs by Arjen Lucassen, Devin Townsend, and Anathema, Dutch musician Anneke van Giersbergen has proven time and time again to be among the greatest vocalists of her generation.  After all, her opulently silky timbre and mastery of both fragile and forceful personas mean that her performance is always among the best parts of whatever project she’s a part of. Luckily, that’s still true on her newest solo outing, The Darkest Skies are the Brightest, which combines celebratory rockers, confessional odes, and even a bit of cheesy exuberance to great effect.

The Darkest Skies are the Brightest is almost certainly van Giersbergen’s most personal, revealing, and consequently confident album to date. As the official press release discloses, it’s inspired in part by various complications that befell VUUR following the release of their debut album, 2018’s In This Moment We Are Free – Cities. Granted, it was met with a positive response from fans and critics overall, yet the fact that she “spen[t] all [her] savings on recording [it] and taking the band on the road” made her realize that continuing would lead to “huge financial risks.”

Around the same time, she was facing marital difficulties, so she “knew [she] needed to write music about fixing [her] life.” Thus, she set out to a small woodland house near Eindhoven with only some simple recording gear and an acoustic guitar, determined to compose a cathartic new sequence full of captivating melodies, meaningful messages, and gorgeous music. With the help of producer Gijs Coolen, she absolutely has.

Opener “Agape” is not only the top track on Darkest Skies but one of the best compositions van Giersbergen has even been a part of. Its lovely harmonies, hypnotic verses, and poignant lyrics (“And if I sit beside you and if I say / We will move heaven and earth to find a way”) are enough to entrance and move; yet, it’s all surrounded by ever-changing instrumentation (percussion, strings, acoustic guitar arpeggios, etc.) that are just as wonderful. In that way, she conjures certain trademarks of Kate Bush, Sufjan Stevens, Nick Drake, and early Natalie Imbruglia while remaining very much her own artist.

Subsequently, “Hurricane” ventures down a more earthy and tribal path—albeit with a sparely serene middle portion complemented by horns and backing chants—before “My Promise” offers powerfully pastoral and decorative folk resolve. Admittedly, “I Saw a Car” almost veers too far toward poppy mawkishness (perhaps intentionally), but its myriad majestic nuances and overarching luscious hookiness save it.

Thankfully, every other song—such as the coffee shop smoothness of “The Soul Knows,” the chillingly angelic “Keep It Simple,” the rustically symphonic “Lo and Behold,” and the charming vibrancy of “Survive”—live up to the high expectations of those first few pieces. In fact, they indescribably yet inarguably evoke the flavor of various pop/rock gems that dominated radio and music television in the mid to late 1990s (but with much more orchestral heft and characteristic disposition).

For many fans, van Giersbergen is probably best known as an invaluable and instantly recognizable supporting/guest vocalist; as The Darkest Skies are the Brightest demonstrates, though, she’s always deserved just as much appreciation and attention for her ability to lead as a singer, songwriter, and musician. Every element of the record is top-notch from start to finish, with enough diversity to make nearly every track standout in one way or another. Likely its greatest feat, however, is that it leaves an indelible mark on the listener, helping them find hope and understanding just as much as it did van Giersbergen herself.